What is Uninsured/Underinsured Motorist Coverage? Explained 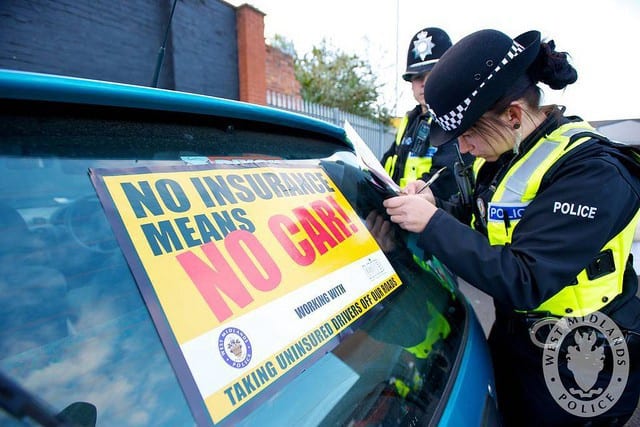 You may think that being a safe driver there is not even a chance that you may get into a collision, let alone a violation. Well, maybe not, as someone else could hit your car and run without stopping.  Or you may face a situation where the other party involved in the accident does not have insurance. Or if they do have insurance, it is not sufficient coverage. It is mandatory as per law in Ontario to have active insurance for operating a car.

What Is Uninsured Coverage

It is one of the mandatory coverage required as per auto insurance regulations in Ontario.  So in case, you are in a hit-and-run accident and the other at-fault party does not have insurance. If there is no third-party liability insurance then you may claim under uninsured coverage on your car insurance policy.

As per section 265 of the Ontario Insurance Act, it is mandatory to set uninsured coverage on every auto insurance policy. So, all policies issued in Ontario will be able to cover damages caused by unidentified and uninsured drivers. This section 265 is specific to covering injured victims of uninsured or unidentified drivers. It does not relate to cover for injured victims who are involved in an accident caused by drivers who are inadequately insured.

The maximum limit for claiming uninsured coverage is up to $200,000. The injured party may not claim from any other sources if they are claiming under this coverage. Such as claiming under the third-party liability of another car insurance policy is not allowed. Your insurance company would assess the details of the accident. They determine who is at fault and then allocate the claim amount based on that ratio. So, if you are found at fault for 50% then your claim may be settled for 50% and so on.

Is A Hit And Run Incident Covered Under Uninsured Coverage

When you suffer damage due to a hit and run accident, you may file a claim under your Collision coverage. It is very important to note all details and photos related to the accident for a faster claims process. Within the short frame of time of the incident, you may try to note down the make, model, color, and plate number of the other vehicle if possible. If your car was parked legally when this happened and you did not see anything, your best bet may be to find out by checking around for a witness. The collision deductible may apply in this case. You may also notify the incident the police and your insurance company.

What Is Underinsured Motorist Coverage

It is possible that you may get involved in an accident and the other at-fault party does not have sufficient coverage. As an example, you may have suffered damages of about $300,000. And the other at-fault party has a coverage limit of only $200,000. So, there is a shortfall of $100,000 that could be claimed as per the family protection coverage. In order to claim under such a situation, you may need to have the OPCF44R endorsement on your policy. This option is given when you purchase an auto insurance policy.

The following are the terms for claiming as per this optional coverage;

What Will Happen When Both Parties Have No Insurance At All

Yes, though not very likely it could be a tricky situation when neither of the parties in an accident has insurance. In Ontario, you may have one last resort in such a case. The Motor Vehicle Accident Claims Fund or MVACF is funded by the government to compensate accident victims with no insurance at all. The MVACF is an integral part of the insurance system in Ontario.