What is & What Does Basic Coverage Insurance Policy Cover?

Home » What is & What Does Basic Coverage Insurance Policy Cover? 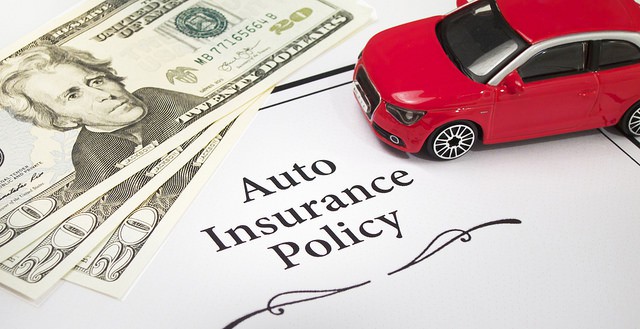 You have finally got a car and cannot wait to drive out on the roads. Before doing so, it is also essential that you ensure at least basic coverage on your car as per the law in Ontario. If pulled over for driving without insurance or proper coverage, you may end up paying dearly. You may also want to add some optional coverage for better protection. In Ontario, there are four kinds of coverage that are considered mandatory for a car insurance policy. This includes third-party liability, statutory accident benefits, DC-PD, and uninsured automobile coverage.

What Is Third-Party Liability Coverage

This coverage will pay for damages that you cause to others in a car accident. In case you injure or kill someone in an accident. Or caused damage to someone’s property, the legal expenses could be a lot more than you could afford. You may not drive in Ontario without third-party liability coverage. By law, you are required to carry at least $200,000 in liability coverage. You may not operate a vehicle if you don’t. It is important to note that this limit is for any one incident. You may try to increase this limit.

The reason is that an accident may cause property damage and or bodily injury. But if both happen, then there is a cap of $10,000 for property damage claims under this coverage. It is highly advised to have liability coverage of up to $1,000,000 or $2,000,000 as the legal costs are steep. The settlement could be in the number of millions of dollars and beyond an average person’s means. It is also vital to note that this coverage cannot be used to claim damages due to vandalism or theft by a third party.

What Is Statutory Accident Benefits Coverage

This coverage pays for benefits when you are injured in an accident. It does not matter as to who was at fault for the accident. You may claim for medical, caregiver, rehabilitation expenses, etc. Since you may not work for some period, you may also claim income replacement, housekeeping, and non-earner benefits. The limits for these can also be increased. There had been some updates to this coverage as per the FSCO reform in June 2016.

The most important updates are as mentioned below;

The Direct Compensation Property Damage coverage first started in Quebec way back in 1978. This coverage was put in place mostly for dealing with property damage auto claims. The DC-PD coverage was started in Ontario in 1990. Since then it has been mandatory coverage on the auto insurance policy. This coverage pays for damages to the car, its contents, and for not being able to use the car or its contents. The contents loss can be claimed only if it was not goods being transported for a fee. Even if someone else is at fault for the damage, you may claim under this coverage from your insurer. That is the reason it is called direct compensation.

How Does Claims Work Under A DC-PD Coverage

You do not have to deal with the other party or their insurer. But it is important to note all relevant details of the other party and the vehicle involved in the accident. Usually, there are no lawsuits in such a scenario. And the claims procedure is very straightforward. In most cases, there are no deductibles for such claims. But there may be exceptions if the insured agrees to it.

In order to qualify for a DC-PD claim on the auto insurance policy it is required to meet the following conditions:

In case, any of the above terms are not met, you may claim under collision coverage if you have one. If you don’t then the only option would be to claim from the other party who is at fault.

When you are involved in a hit-and-run accident, you may be injured and worried about claiming the damages. The uninsured coverage helps to pay for any damages or injuries to you or your family caused by an uninsured driver. This cover also pays for damages to the vehicle caused by an identified driver who has no insurance. This coverage is mandatory as per section 265 of the Insurance Act.