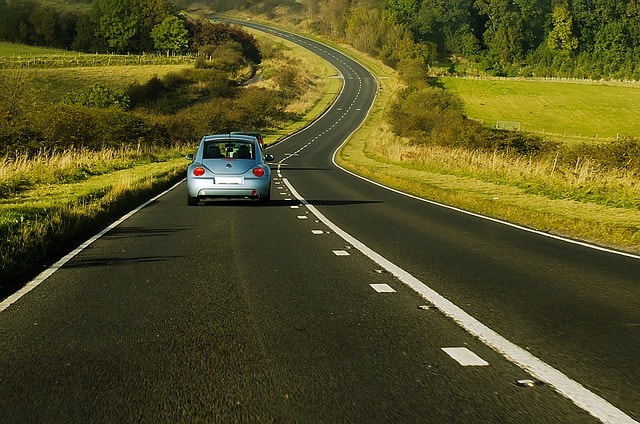 The majority of people on welfare don’t choose social assistance because they want it. They have usually lost their job but don’t qualify for EI benefits. Or, their EI has run out and they still haven’t found employment. For these people, going on welfare is a necessity to shelter and feed their families.

What Assistance is Offered to Welfare Recipients?

For those on welfare, there are a number of discounts on the most important expenses. One is housing. Many on welfare can move into subsidized housing, allowing them to pay less rent every month.

Another benefit is child care. Those who are out trying to find work need a place for their children. Their children can attend daycare at a fraction of the cost to make this easier on them. Some areas without provincial medical plans may also offer discounts on personal medical plans.

Though a car makes the job search even easier, one thing that isn’t offered to those on welfare is assistance on car insurance. Anyone on social assistance that has a car must buy insurance at regular rates.

Some provinces, like British Columbia, are considering adding a transportation allowance to those on welfare, but this would only cover the cost of the car, not the insurance needed to drive it. So, for now, those on welfare must use some of their limited funds to pay for their car insurance.

How Does Having a Car Help Those on Welfare?

There are many reasons why having a car can be beneficial to those on welfare. First of all, it can get them to job interviews. Of course, public transport is also available. But after the interview, a job offer could be extended, and having a car of your own will ensure you get to work every day.

Another reason welfare recipients need a car is to get better jobs than they may find closer to home. These jobs may be across the city, making for a long bus ride, especially if you have stops along the way. If these people have children, they may also need to drop them off at school or daycare on the way. This is difficult to do on public transportation.

How Much is Car Insurance for Welfare Recipients?

Those on welfare pay the same amount as everyone else. But this depends on the province you live in. There are four provinces offering provincial car insurance, which is publicly funded. These are Manitoba, B.C., Quebec, and Saskatchewan. Because these insurance systems are funded by the government, they are not collecting profits. This helps to keep the rates down.

In every other province, the insurance companies are all privately owned. This gives you the option of comparing their rates and choosing the cheapest one for you. This is good for those on welfare since expensive insurance is not going to be an option.

How To Lower Car Insurance Costs

Whether or not you are on welfare, there are ways to reduce your car insurance costs. The first thing to consider is the car you’re driving. If it is quite an expensive car, it will cost more to replace or repair if it is damaged in an accident. The higher this cost, the more your premiums will be.

For those on welfare, this may not be much of an issue. Many provinces limit the amount these people can spend on a car. Ontario, for instance, only allows those on social assistance a car costing under $5000. So for these people, their insurance premiums will already be a bit lower than those with more expensive cars.

Another thing to consider is the type of car you own. Some cars have a higher theft rate than others. This could be due to the car’s popularity or it may be because it is easy to steal. If your car is one of these types, your insurance rates will likely be higher than with a different car.

Where you live is also something that affects car insurance premiums. If you happen to live in a high-crime area, you may be paying more for your insurance. This is because the chances of your car being stolen or damaged will be higher than if you lived in a safer neighborhood.

Your driving record affects your insurance costs, too. If you have been driving for 15 years with no accidents, your rates won’t go up. But if you’ve been involved in multiple accidents or had your license suspended for any reason, your rates will rise. So, the safer you are on the road, the more money you’ll have in your wallet.

If you’ve been a safe driver, live in a decent area, and buy a cheaper car, but still find your insurance rates a bit too high for your welfare budget, there are a few other things you can do to help cut costs.

One way is to increase your deductible. This means that if you make a claim, you’ll pay a higher share, allowing the insurance company to reduce its own share. But this will only become an issue if repairs or replacements are necessary. If you never need to make a claim, you’ll save extra money each year with no downside.

Another way welfare recipients can save money on car insurance is to drop their collision coverage on older vehicles. Many of these types of cars cost more to repair than they are worth, so they aren’t worth the price of the extra insurance.

If you own your own home as well as a car, it is also possible to bundle your insurance to save money. Many insurance companies offer package deals for these larger expenses, saving you money on both at the same time.

Most insurance companies even offer lowered rates to those who install anti-theft devices in their vehicles. The downside of this is that they can be a bit expensive for those on welfare to buy and install. And they must be approved by the insurance company. But if you can get one, it’s best to install it as soon as possible to decrease your car insurance costs.