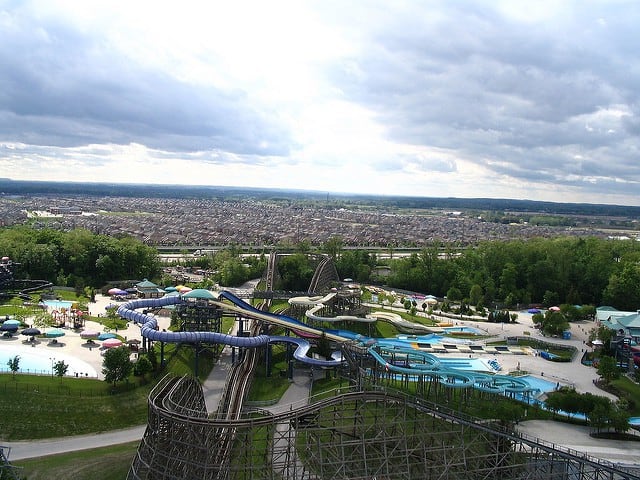 The city of Vaughan is in the York region. It is the 5th largest in Greater Toronto Area. The population of this city has been growing steadily over the past decade. At one of the fastest in Canada, it was estimated at 288,301 in the 2011 census. Vaughan is a hub for manufacturing and industrial business. We assumed a sample profile for a car and driver and calculated insurance quotes by various providers. We also compared the cost of insurance in major neighborhoods in Vaughan.

Who Has the Cheapest Car Insurance Quotes in Vaughan

Most Expensive Auto Insurer in Vaughan

We did a survey to check the cost of car insurance providers in Vaughan. The highest quote was by Echelon Insurance at an annual rate of $4,751. This is one of the insurers who may not turn down high-risk class customers. Their quote is $1686 higher than the lowest quote. This could be an option if you have been refused insurance coverage in the regular market. The next highest quote was by Intact at an annual rate of $4485. There was a difference in premiums by $266 with Echelon.

Most Expensive Areas For Car Insurance in Vaughan

We compare the cost of car insurance in some neighborhoods in Vaughan by using a sample. The most expensive area for car insurance was Woodbridge. The annual rate quoted for this area was $2168. This community is located to the north of Toronto and is a large suburb. It is bounded by Highway 400 on the west and Highway 50 on the west. On the north side, it is bounded by Steeles Avenue, and the south is bounded by Major Mackenzie Driver W. There is a lot of residential and commercial properties in this area. The same quote amount was calculated for Coleraine too.  Both areas are not too far apart and that could be a reason for similar quotes.

The lowest quote was calculated for Kleinburg at an annual rate of $1329. This is a small village bounded on the west side by Highway 27 and on the east side is Stegman’s Mill. It is mostly a farming land with lots of forest area. The population is very sparse in this remote village. The next lowest quote was for Thornhill at $20 less. This area is divided into 2 parts by Yonge Street. So one part lies in Markham and the other half is part of Vaughan city. The community here is quite diverse and there is no general hospital in this part of the city.

The city of Vaughan has many measures to manage proper road safety for winter conditions. Salting of the roads is done before the end of November, snow plowing is done when snow collects as much as 2 inches. The city tries to keep the sidewalks safe for pedestrians at all times. All roads and sidewalks owned by the city of Vaughan are managed by the Roads Division. This department takes care of many services to keep the roads safe for all users.

Some of the initiatives handled by the Roads Division

Installation of Culvert: This is done to create one or more entrances across ditches that exist. It could be for new homes or due to a change to old driveways. These also help to access rural area structures such as farming and building lots.

Curb Repair: The city staff patrols and monitors the need for repairing curbs. This is needed to collect excess water and move it to the storm drainages.

Sidewalk Repair: This is also maintained by the city staff and checked yearly for any defects.

Streetlights & Traffic Signals: Most of the streetlights are managed by the Roads Division. They also take care of the proper functioning of pedestrian signals, flashing warning beacons, and traffic signals

The following intersections had the highest number of collisions between the period 2012 to 2014. These numbers were presented in the Annual Safety Report 2015 prepared by York Region Police.