Toronto is the capital of the province of Ontario. It is one of the most diversely populated cities on the map of Canada. It is a commercial, cultural and financial hub and was incorporated as the City of Toronto as early as 1834. This city is host to the headquarters of the biggest banks in Canada, media moguls and a stock exchange amongst others. It is situated in the southern part of Ontario on a plateau. It boasts of a skyline dotted with skyscrapers and is home to the CN Tower, one of the tallest buildings on earth.

The car insurance premiums are pretty high in a big city like Toronto. There is no escape from the law and if you are a motorist in Ontario, you have to carry active car insurance. Or you may have to face some serious concerns when you get pulled over by the police. There are a few provinces with the government-run insurance industry. But, the insurance industry is privatized in Ontario and regulations are followed as per FSCO. The insurance market is very highly competitive as there are many choices available for auto consumers. It really depends on a combination of factors when it comes to quoting car insurance premiums. Basically, the type of car, driver profile, location of work and daily commute are some criteria used by insurers to arrive at the magic figure.

Who Has the Cheapest Car Insurance Quotes in Toronto 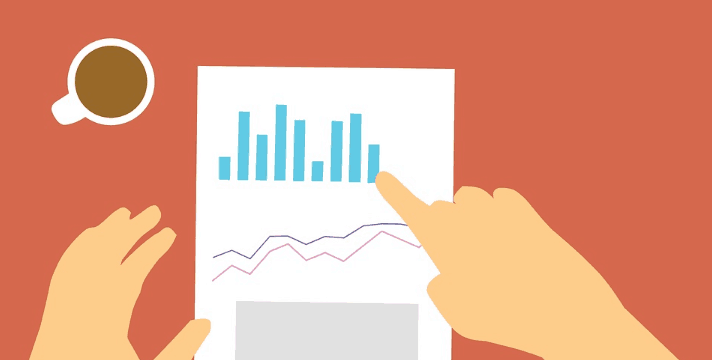 The formula followed by each car insurance company in Toronto may vary. Some insurers may quote similar figures. While there are a few quotes that are way too high for an average motorist. We did a comparison of insurance quotes by some prominent insurance companies in Toronto. The difference in premiums from the highest quote to the lowest quote for car insurance was a staggering $2,527. Yes, that is a 53% range in variation.

Most Expensive Auto Insurer in Toronto

The highest quote for car insurance in Toronto was by Echelon at a whopping $4,751 average per year. You could only imagine how much could be the total annual operating costs if you insure with Echelon and even when you drive a clunker. They do offer commercial, auto and motorcycle insurances apart from others. They do provide insurance to the residual high-risk consumers who had been quoted high premiums by Facility Association. That may be one of the reasons to tip their quotes to the higher side of the dollar. Echelon is the insurance company you may prefer if you have got a higher quote or been denied by others.

The best quote was offered for car insurance by Coseco at $2,224 per year.  This insurer does offer 10% to 15% multi-product discount. With a driver training program, you may save up to 20%. The difference in quoted premiums between Coseco and the next lowest insurance amount is $36 per year and is a very close margin. So the auto consumer may consider other factors such as customer care, claims process etc. while deciding on their insurance company between the two. 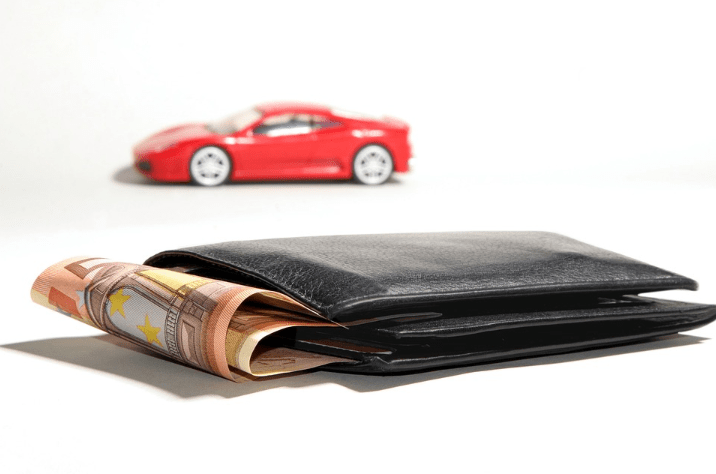 Most Expensive Areas in Toronto

Rexdale is the most expensive town in Toronto in terms of auto insurance premiums. The high occurrence of crime in this area proves to be a major factor. The major communities in Rexdale are Clairville, The Elms, Smithfield, Humberwood, and Thistletown. The theft crime rate in the Elms area of Rexdale is as high as $5,000 per capita.

Followed closely in terms of insurance cost is Jane and Finch in Toronto at an average rate $2246. It seems you pay dearly for not living in an upscale area. Jane and Finch area is considered a low-income area with major diversity. This town is a depiction that insurance companies do hike car premiums based on income per capita, though they deny that.

The Yonge and Eglinton are in Toronto has the lowest quotes for car insurance per year at $1,296. There many mid rises, high-rise condos, and the sidewalks are getting busier by the day. This area is fast developing and would be a major transit hub by 2020. This area pretty much serves as a bridge between Downtown and suburbs. York Mills area follows closely at an average annual car insurance rate of $1,335. This is a postal code that denotes affluence and upscale living. 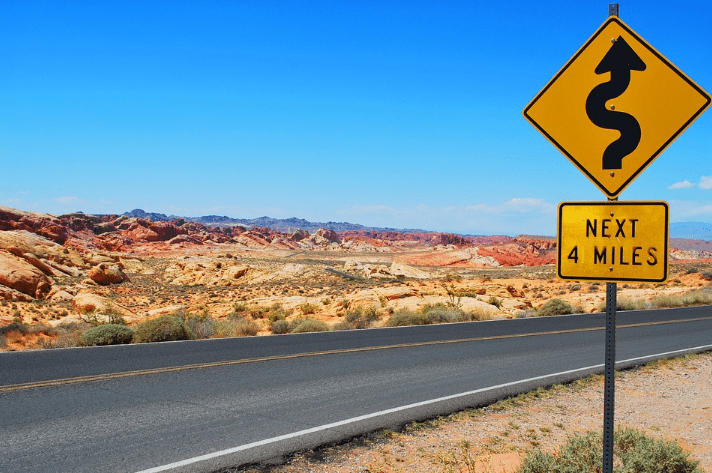 The City of Toronto has been making conscious efforts to enhance road safety. This will reduce fatality and injury due to accidents.  The below road safety measures are in effect among others:

When we look at statistics for collisions in Toronto that were serious injuries and fatal, the trend does have a downward slope over a decade. From 558 in 2005, there has been an improvement at 348 in 2015. Albeit, at just 210 less reported the road safety does have lots of room for improvement. On the other hand, the fatality has risen from 52 to 65 despite many measures to educate safe driving. The only high variance seems to be for reported major injury due to a collision that went from 506 to 283 which is a 44% improvement in that category. When we compare the data of 2014 with 2015 it seems disappointing with all three components of major injuries, fatalities, and seriously injured on the high. Let’s hope that the city initiatives for better road safety would bring in better numbers for the coming years.

The majority of collisions that caused serious injury and fatalities involved pedestrians at 45% based on data over a period of 5 years. This seems to be the reason for targeting better road and pavement markings, pedestrian crossing times and safety with lower speed limits in current and proposed road safety plans by the city of Toronto. Followed closely at 31% is the data for motor vehicle accidents. The enforcement has been stricter than ever towards distracted driving and heavy penalties geared at educating the motorists to drive safe and better. Increasing corner radii, more lane space, radar signals at school zones are some of the efforts made for better road habits for motorists to bring down the numbers. 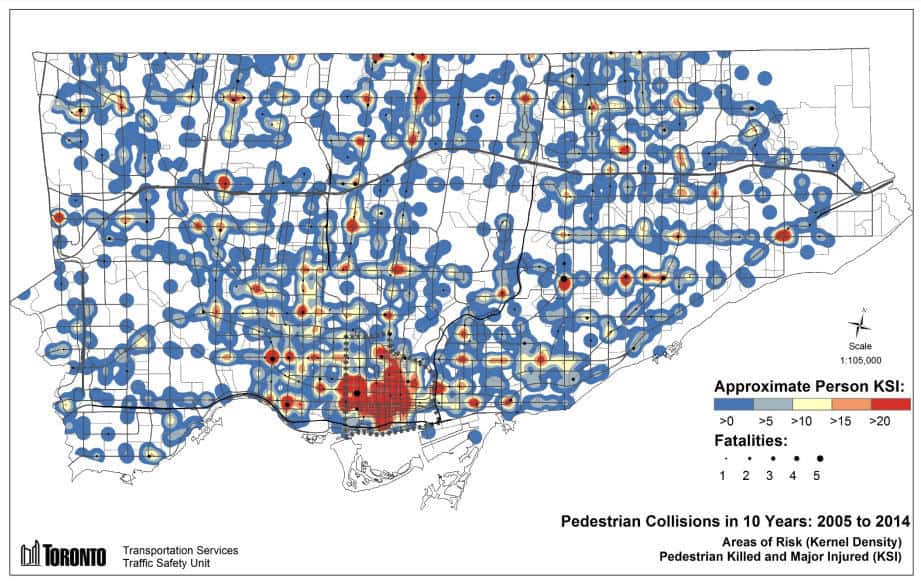 Criminal offenses for impaired driving have been alarming high since a span of 4-5 years. It has been on the rise since 2008 with 1259 convictions that rose to 1374 in 2012. When looking at data for 2012, the DUI criminal convictions at 1374 was 74% more than the convictions for dangerous driving at 380. This is despite the fact that hefty fines and suspension of license is more rampant for impaired driving. So, it is high time that enforcement makes more result-oriented strategic plans for driver safety towards reducing DUI instances.

The number of motor vehicle theft data reported over a period of the past 8 years has been reducing in Toronto as per the above graph. The mid of 2008 saw the numbers drop to just over 6000 which is below the median. Since then it reached 4479 in 2010 and continued to drop to 3509 in 2012. It could be a result of stricter enforcement that is deterring thieves. Or it could be the anti-theft sensors and alarms that most motorists prefer to install in their vehicles to prevent theft. As the insurance industry does not seem too lenient towards high-risk theft-prone clients, there could be increase awareness to cut down costs.

How Much Is Average Car Insurance In Toronto For New Drivers

You may have to consider insurance while buying a car as a new driver in Toronto. It would make no sense to buy a fancy car and then regret the cost of insurance. The rates could be in the average range of $300 to $500 per month in Ontario. The average car insurance cost could be on the higher tip of the scale in Toronto. This depends on factors such as the kind of car, location of residence and work, driving experience, etc.

Drivers under the age of 25 are more prone to accidents and violations as per the statistical analysis. So, it is no surprise that the age group of 16 to 24 years pays higher premiums. It’s just based on the insurance logic that the cost of cover needs to be proportional to the risk of the insured. The following factors reflect this calculation:

Why Is Car Insurance In Toronto So Expensive

The competition is very stiff in the auto insurance sector in Ontario. The industry is regulated by FSCO and is home to more than 100 private insurers. The only positive aspect seems to be the wider selection and quality that auto consumers get to choose from. On the downside, insurance rates could be more subsidized when under a government undertaking. Many industry analysts do believe that private car insurance in Toronto is a rip-off and could be a result of a highly paid broker/agent nexus.

This is not good for auto consumers as the brokers then try to sell a lucrative auto policy rather than find the best match. The overhead costs of having a fancy head office, computer system, and labor etc. do lead to the private insurers hiking the premium rates. With widespread insurance fraud in Toronto, the insurers get another reason to charge more premiums.

How To Reduce Car Insurance In Toronto

In order to reduce the premium rates in Toronto, drivers could pay attention to a few options. Checking with the insurer for any kind of discount may help to cut the costs as follows:

Is Car Insurance Cheaper Outside Toronto

In Toronto, the cost of owning a car, gas, parking can all be much higher compared to other cities within the province. The cost of insurance also does not come cheap as rates could be as much as 40% to 50% higher. You may definitely notice a decrease in your car insurance premiums when you move out of Toronto area, considering all other factors stay the same. Other cities are less populated and the risk of theft is also lower, resulting in cheaper car insurance rates outside Toronto.

Is Car Insurance Mandatory In Toronto

If you wish to drive a car in Toronto, it is mandatory to carry an active car insurance policy with at least standard coverage.

There are no insurers who provide temporary car insurance in the province including Toronto. The shortest available car insurance policy term would be for 6 months.

Some of the major players in the car insurance industry of Toronto include :

For the purpose of the survey, we assumed that the car insurance rates are based on our sample driver who is a 35-year-old man. The credit is excellent with the car owned and basic liability coverage. He drives a Honda and the model is Civic built in 2012. The mileage per year is around 6000 – 8000. Commuting for work purpose is the main usage. He does not have any tickets or collisions on the driving record for a period of last 5 years.

Insurance quotes shown here are examples only. The lowest cost insurance provider depends on numerous factors related to the car, driver, location and driving conditions. There’s no guarantee that the lowest rate provider in these examples produces the lowest rate for every driver.