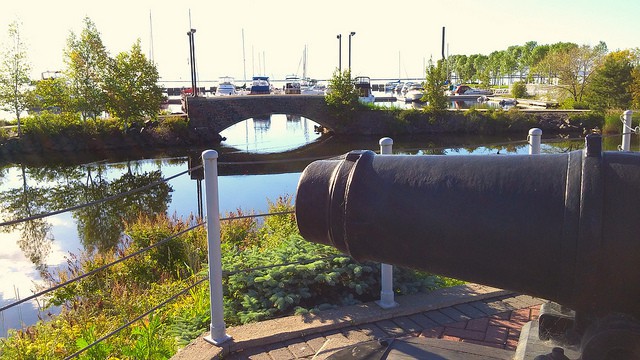 Thunder Bay is a city in Northwest Ontario and is the hub for administrative, commercial and medical sciences. The 2011 census estimate of population is 121,596 and very densely populated compared to other cities in that region. The crime rate is also on the rise as per the rate of homicides per capita in the city. It is well located along main continental routes and the Thunder Bay Transit provides major public transportation.

Who Has the Cheapest Car Insurance Quotes in Thunder Bay

The above table shows a comparison of car insurance rates provided by major insurance companies. The Intact Insurance Company has the highest quote at an annual cost of $2323. The difference between their quote and the lowest quote was by $881 which is a variation of 38% in pricing. The Aviva Insurance Company had the next highest quote at an annual cost of $2204 and that was $119 cheaper than the quote by Intact.

The above table is for a comparison of car insurance rates in some neighborhoods in Thunder Bay. Around 4 areas had a higher rate of insurance compared to other areas. These areas had similar quotes at an annual cost of $1120. The areas are Jumbo Gardens, North McIntyre, Current River, and Marina Park.

The city of Thunder Bay has a Roads Section department that is responsible for the roadways within city limits. They take care of the maintenance, inspection, and repairs of roads, traffic control signs, and bridges across the city. This department aims to provide an efficient, reliable, and safe transportation network in the city. The target is to resurface or reconstruct 16 km of roadways. The traffic signals, street lighting, underground infrastructure, and pavements will also get an upgrade. The department initiates many programs to facilitate the roads by performing the following.

The Roads Section also takes care of street lighting and traffic control including the signals. Thunder Bay has 107 signals and 4 can be activated by pedestrians. The designing and programming of these signals and street lighting are done by the Engineering and Operations Division of the city.

Some Highlights Of Traffic Control Measures In Thunder Bay

The growing number of motorists in the city has increased traffic congestion. The statistics for motor vehicle collisions in Thunder Bay have also increased in recent years. The following intersections were the busiest and most prone to accidents. Some of the intersections did not report high traffic but still had been sites for multiple collisions.

The city of Thunder Bay has an active transportation plan to promote walking and biking for a commute. The following road redesigning was completed in 2016.

The Thunder Bay Police Service actively monitors the traffic control in the city. Their traffic enforcement & safety plan aims at improving road safety, traffic management, and law enforcement within the city. This is done to enhance the safety and mobility of all road users. The Police also work very closely with the Engineering department on many projects. They also actively participate in the execution of many road improvement projects. These may include the planning for the use and design of the city roads. The Thunder Bay Police also monitors all road closures, use of over-dimensional vehicles, and by-law changes.

For the survey, we assumed that the auto insurance premiums are for a 35-year-old man. He owns a car Honda Civic model in 2012. The credit rating is good and he has basic liability coverage. The annual mileage ranges from 5,000 to 8,000 with no traffic tickets for the last 5 years.