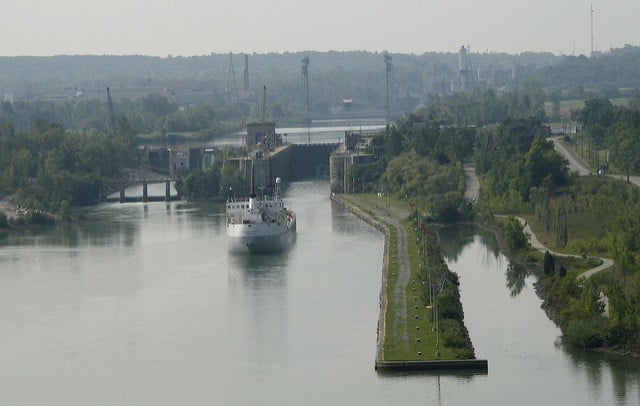 St. Catharines city is the largest in the region of Niagara and is in Southern Ontario. Also known as the ‘Garden City’ the population is an estimated 131,400 as per the 2011 census. The manufacturing industry is prominent and has changed the city landscape to a great extent. Due to the location between Fort Erie and Greater Toronto Area, it also serves as a major telecommunication point between U.S. and Canada. The major freeways that connect the city are the Queen Elizabeth Way and Highway 406. St. Catharines Transit Commission provides public transit throughout the city.

Who Has the Cheapest Car Insurance Quotes in St. Catharines

We conducted a survey of car insurance rates by major insurers in St. Catharines. Echelon Insurance quoted the highest annual car insurance rate at $3010. The difference between their quote and the lowest rate was by $1461 and that was a variation of 48% in price. Echelon provides insurance to high-risk auto consumers who are denied coverage by the regular market. Allstate Insurance quoted the next highest price at $2399.

As per the survey, The Co-operators insurance quoted the lowest car insurance price at an annual cost of $1549. They also provide the optional coverage of accident forgiveness for 6 years based on certain terms and conditions. Belairdirect insurance gave the next lowest quote at a difference of $31 annually followed by the Travellers Group insurance.

Most Expensive Areas For Car Insurance in St. Catharines

The Western Hill area in St. Catharines had the highest price for car insurance at an annual cost of $1183. This neighborhood has bordered on the north with Highway 406 and on the south with Regional Road 72. The east side has borders with Twelve Mile Creek and Louth Street is on the west border.

The next highest car insurance for 4 areas had the same price at an annual rate of $1126. These areas are Downtown, Secord Woods, Haig, and Grapeview. The busiest area is the Downtown side bordered by Highway 406, Geneva Street, Niagara Street, and Welland Avenue.

The Transportation & Environment Service department is responsible for monitoring, maintaining, repairing, and replacing the city street system. They work to implement an active transportation network to connect the public with trails, waterfronts, and parks. The operations division of this department also takes initiative to develop complete streets and performs the following regularly:

St. Catharines is part of the Niagara Region and hence the Regional Police actively works in making the roads safer for all users by enforcement of traffic rules and educating the public. Some of the programs that are actively in force include the Drive Safe Program, Seatbelt Safety, Distracted Driving, and Bicycle Helmets.

They also launched a Road Safety Committee in 2003 to cut down the number of motor vehicle collisions in the Niagara Region. Their campaign focused on vehicles, drivers, roadways, and sharing of information between all users. They worked together with members from CAA Niagara, Niagara Region Public Health, MTO, and Ontario Provincial Police to crack down the numbers for traffic collisions. Their survey showed that collisions due to distracted driving were more than the number of collisions due to impaired driving and speeding violations. The younger age group of 16 to 25 years had major offenders and not surprisingly this is also the age group that has higher insurance rates when compared to mature drivers.

The Niagara Regional Police Service collected the above data and presented it in the Annual Report for 2015. The data gathered over a 5-year span showed that there is a decrease in the number of fatalities when compared to the collisions causing serious injuries. The numbers for serious injuries have been on a downward trend since 2013. The number of fatalities showed a decrease between 2013 to 2014 but increased by 1 in 2015.