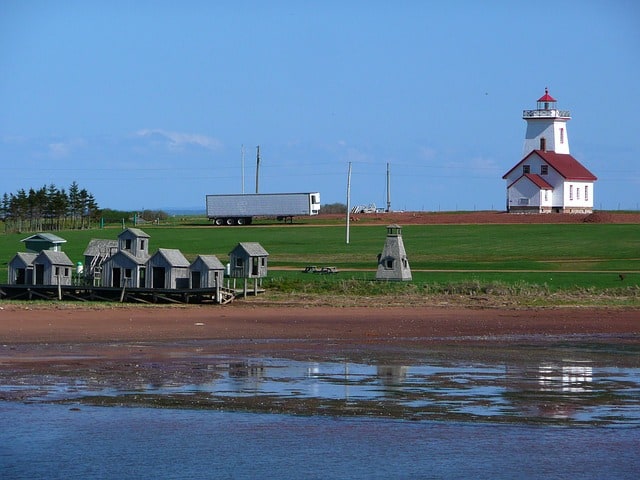 If cheap insurance is something you are looking for, you are in luck if you live on Prince Edward Island. The province has the second-lowest average insurance premium in the country. The low average insurance cost of $740 for the province is due to a variety of different reasons. The province has a low population, which helps to lower the chances of you crashing into another vehicle. Insurance companies are anti-risk, which means that they offer cheaper car insurance because of this. On top of that, Prince Edward Island also gets less harsh of weather than some of the other provinces. This means that there is less of a chance of you getting into a collision because of poor visibility or losing road grip.

How many People Drive on Prince Edward Island?

At What Age Can You Drive on Prince Edward Island?

How Does the Insurance Claim Process Work On Prince Edward Island?

Prince Edward Island recently put into place some major changes to the insurance claim process. New legislation has come into play and now vehicle owners only have to deal with their own insurance company to make a claim. Drivers still have to make sure that they get information from other drivers after an accident. However, it is on the insurance company to pay for vehicle damage regardless of who is at fault in an accident. It was deemed that it is too stressful for people who have been recently involved in accidents to have to contact the at-fault driver’s insurer for compensation. This new policy should help to make it easier for people who are involved in an accident and much less stressful for them as well.

Why Is There A Cap On The Right to Sue for Pain and Suffering in PEI?

In Prince Edward Island if you receive a minor injury in a collision, you can only receive a maximum award of $7545. This small amount of compensation is largely due to the minimum amount of mandatory insurance coverage that all residents of PEI must-have. All residents are required to have at least $200,000 in liability coverage. You must also have $50,000 per person in medical insurance coverage, $2500 in funeral expense benefits, and more. Due to the large portion of money already assigned for medical insurance coverage, it is deemed that unless you have a major injury as a result of a collision, it is only fair that you’re able to receive just $7545 from the person who is at fault.

How Safe is Driving in PEI?

Whenever you drive on the road, you put your life in your own hands. Unfortunately, you also put your life in the hands of other drivers. Other drivers may not be as careful as you are and it can put your life at risk. On Prince Edward Island, there have been a fair amount of fatalities in recent years. To help you decide if it is safe to drive around in PEI, here is a table showing the number of fatalities that occurred on Prince Edward Island roads from 2007 to 2015:

Is Prince Edward Island a Busy Province for Driving?

Does Prince Edward Island Have HST and Does It Apply to Automobiles?

Unfortunately, when you buy a vehicle anywhere in Canada the red book value is used for tax calculations. If a value has been assigned to a vehicle, you must pay the tax based on whatever value that is. The only way that you can get around this, is if you get a vehicle appraised on your own. Unfortunately, the taxes do include both the Provincial tax as well as the Canadian 5% tax. If you add these together, you are looking at a 15 percent tax rate in PEI.

Even though insurance might not cost a whole lot of money in Prince Edward Island, it still might cost you more than the average person. Insurance is not based on what everyone else pays, it is based on your personal experience and how safe of a driver you are. If you are a young person, you can expect to pay more than the average. Over time, however, if you maintain a clean driving record your insurance rates should stay the same or go down, so long as you stay healthy and safe on the road.