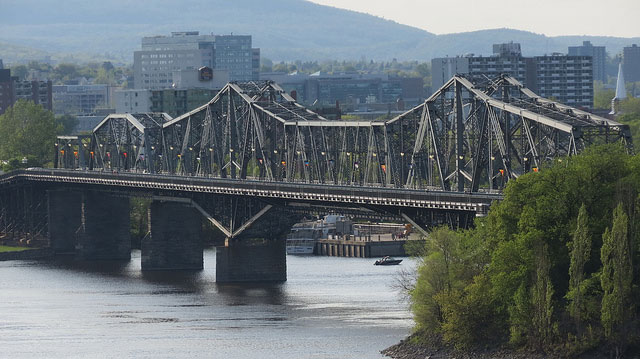 Ottawa is the national capital of Canada and is located in the southeastern part of the province of Ontario. This city is situated on the Ottawa River and is near the U.S. border off on one side and the city of Montreal on the other. Parliament Hill is at the center of the city. The famous Rideau Canal attracts tourists all year round. Be it boaters in summer or skaters in winter. Let us check out the vast range in the cost of car insurance across Ottawa. The car insurance rates are on the higher side compared to other cities in Ontario.

How Car Insurance Premiums are Calculated in Ontario

The general rule of thumb that the insurance industry considers is that the premiums are higher if your car is more expensive and more likely to be stolen. Some of the elements on which your car insurance rate may be calculated are as follows.

If you drive a car in Ontario, you are required by law to carry active insurance coverage. The insurance premiums paid by motorists in Ontario are one of the highest in the country. The FSCO regulates the insurance industry and has set strict standards to be followed by the insurers. When you start to shop for car insurance, you may look for a great price, ample coverage, relevant discounts, good claims process and customer service, etc. It is vital to know the basic math of car insurance so you know how many premiums you may have to shell out of your pocket.

Who Has the Cheapest Car Insurance Premiums in Ottawa

Below table 1 shows a comparison of the average annual car insurance premiums. We did an analysis on the cost of car insurance per year for 11 insurance companies based in Ottawa. The rate of different insurance premiums from the highest to the lowest quote was a whopping $600. The insurers we analyzed in Ottawa were Travelers (Dominion & Chieftain), Coseco, Johnson, Belairdirect, and Co-operators. Followed by Economical, Gore Mutual, and Wawanesa.

Wawanesa car insurance rates turned out to be the most costly compared to others at $1,861. The monthly car insurance premiums averaged $155.

Most Costly Areas in Ottawa

It is evident from the table above that Gloucester and New Edinburgh neighborhoods have the highest car insurance premiums at an average of $1,001 in Ottawa.

Gloucester is a suburban area that was incorporated as part of the city of Ottawa in 1981. The population grew to more than 123,000 in 2011. The most prominent neighborhoods comprise Alta Vista, Beacon Hill North, Blossom Park, Riverside South, Blackburn Hamlet, etc. The new bridge Strandherd-Armstrong that links the city of Gloucester and Nepean has cut down commuting time considerably since 2014. The most expensive area in terms of average annual car insurance rates seems to be the Gloucester area at around $1,001.

New Edinburgh belongs to the Rideau-Rockcliffe Ward and is an older neighborhood not too far from downtown Ottawa. This area primarily has many embassies and consulates of foreign nations. The population is very sparse at just over 3,000 in 2011. The average annual car insurance cost here is around the same as for Gloucester at $1,001. Proximity to downtown and major population driving to work could be a major reason for this high insurance cost.

On the other hand, at an average of $851 per year, the auto insurance rate is the lowest for Kanata and Goulbourn areas.

Kanata is a very big suburban area in Ottawa. The population has been flourishing rapidly from over 80,000 in 2011. One of fastest-growing areas in Ontario, it is a well-planned town and is a hub for commercial business. The annual car insurance premiums average at around $851 in Kanata.

Goulbourn is a major township in Ottawa and very near to downtown. This town was incorporated into the city of Ottawa in 2001. The population has grown gradually to over 36,000 in 2011. The monthly car insurance premium here could be as low as around $70.

How to get Cheapest Car Insurance in Ottawa

It might take some careful consideration and you may get a good insurance deal for your car. It is recommended that if you switch to another policy at renewal it would be better than at midterm in terms of savings.

The type of coverage you choose plays a role in calculating your premiums. So you may choose only what you need the most. As an example, if you drive an older car, paying extra for optional coverage may be not needed. You always have OHIP to cover your back for any prescription drugs, injury treatment, etc. in a vehicle accident. You may also have some coverage from other policy products or through your employer.

You may want to pay a higher deductible for lowering your premiums. You may do so if you do have a clean driving record and no claims history which depicts that your driving habits are good.

You may check about getting a discount for multiproduct policies, loyalty discounts, dashcam discounts, etc. to lower the premiums. Most insurance companies provide discounts for having winter tires. If you have completed a recognized driver education program, that may also benefit you as a trained driver.

Your abstract could serve as your horoscope in calculating your premiums. So steering clear of accidents, unsafe driving ethics, avoiding impairment, and planning ahead of your trip are all vital.

The insurance premiums do also depend on how and when you use your vehicle. The type of car and distances traveled do reflect in terms of premium rates. You may save up to 10-20%.

It is very important to keep your premium payments up to date and not let a policy lapse. This could be made easier by setting up annual payments rather than monthly mode. Not paying premiums on time may cause serious consequences when you default on payments.

If you do have an expensive car, it would be a good idea to have theft sensors or deterrents for safety and let the insurer know about it.

You may inform your insurer about any changes to your policy. It may be possible that your premiums may decrease due to the change in conditions or usage.

It is very crucial to compare Ontario car insurance quotes either directly with insurance companies or other trustworthy sources. You may avoid the hassle and inconvenience of shopping for insurance by easily comparing quotes by using our car insurance calculator. It is a very smart way to shop online for many providers through one website.  It may be a wise and informed decision that you could take by using a quote finder for getting a good deal on your car insurance.

While driving in Ottawa it is a wise idea to check for scheduled roadwork for construction purposes. This would help you to plan your route better to get to your destination efficiently. The MTO website does update planned construction works on the road on a regular basis and could be a starting point to check for detouring or changing routes.

The roads in Ottawa are generally considered safe. Fatalities and injuries due to accidents have been considerably reduced over the past decades due to the efforts by government and traffic agencies. But there is no doubt that Ottawa roads are getting busier by the day. There are many tips for sharing the road safely for the benefit of motorists, pedestrians and cyclists and the City of Ottawa shares very useful information. There is also guidance about winter driving and safety on slippery roads.

As per the below table, the number of road traffic convictions in Ottawa which were criminal offenses has increased from 810 in 2014 to 824 in 2015. There is an average increase of 1.7% over a five-year period. Shockingly, the maximum criminal convictions were for impaired driving at 611 offenses. This accounts for more than a whopping 75% of the total offenses. This was followed by offenses committed for failure to stop/remain at 77 incidents.

The below graph denotes a positive trend in the rate of motor vehicle theft crime rates in Ottawa. The theft rates were relatively high in 2012 at around 1250 incidents. This rate gradually declined by 253 in 2013 and the theft rate was under 1000, still above the 5-year average rate. This trend continued to dip below average around mid-2013 and reached 818  in 2014.  The theft rate has stayed stable since then at 819 incidents in 2015.

For analysis purposes, we have assumed that the data sample is a single 35-year-old man with an excellent credit rating. He owns his car and has basic liability coverage as per regulations by the province of Ontario. His ride is a Honda Civic 2012. The yearly mileage is about 5,000 to 8,000 km. The primary use of the car is to and from work commute. He has a clean driving record with no tickets or accidents in the last five years.

This analysis is only for illustrative purposes, The actual quotes by insurance companies in Ottawa will vary as per various factors considered by insurers.