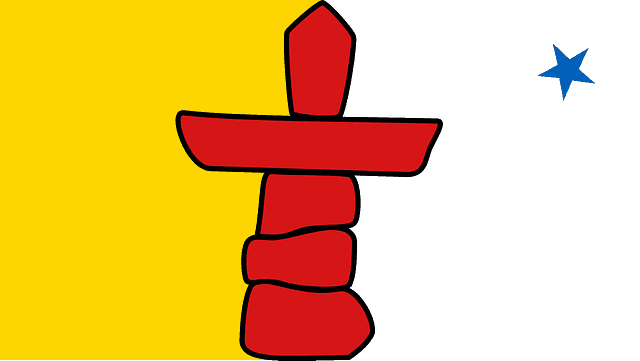 Average Cost for Insurance in Nunavut

Nunavut may not have a high population or a lot of drivers, but the weather is severe. Due to this very reason, insurance rates tend to be higher. Although you can get vehicles that work better in winter conditions, it is still more dangerous than driving around on the dry pavement. You may not have as many vehicles that you can crash into, but this does not mean that you won’t lose control of your vehicle and damage it. It is for this reason, that Nunavut ranks sixth in terms of having the highest average cost for insurance. In Nunavut, the average cost for insurance is $953.

Where Can I Get a Driver’s License in Nunavut?

How Does Weather Affect Insurance Rates in Nunavut?

Depending on where you live in Nunavut, the weather can be brutal. If you live in a cold community such as Grise Fiord, temperatures are known to sometimes be as low as 5°C in the summer. In the winter, in a location such as this, temperatures can reach as low as 40°C. When it is this cold outside, vehicles sometimes do not work properly. Ice can easily form, and it can easily result in an accident. It is also extremely easy to get your vehicle stuck when it is this cold all the time, resulting in almost all precipitation becoming snow.

Does Nunavut Have a Graduated Licensing System?

Unlike most Canadian provinces, Nunavut has its own licensing system. This is likely because Nunavut drivers face much more difficult conditions on the road than most people. In Nunavut, it is much less likely that you’re going to come across other drivers when you’re out and about on the road and you’re also going to be facing much more severe weather outbreaks on a regular basis. It is due to this reason, that Nunavut has a class 7 learners license that consists of a test on the rules and traffic signs of the road. You can take this test if you are at least 15 years old. Once you are 16 or at least once you have four weeks practicing with someone who has their full license, you can attempt to do a road test to receive your full class 5 driver’s license.

Due to the Extreme Weather Conditions in Nunavut Are You at a Higher Risk of a Collision?

How Many Drivers Are Injured in Nunavut Collisions

Although there are many fatalities in Nunavut because of collisions, there aren’t nearly as many injuries reported. This could be partially due to the distance that one might have to travel to be able to report and get treatment for an injury. It is likely that there are people in Nunavut who treated their own injuries after a collision occurred. However, it is a good idea to look to see how many people did receive injuries in collisions so that you can have some idea. In the years 2001 to 2005, there were a total of 6.7 injuries reported per 100,000 people.

Can You Drive Wherever you Want to in Nunavut?

Obviously, you can try to drive wherever you want to. However, in Nunavut, you’re going to have a hard time driving between communities. Nunavut communities are not connected by roads. If you want to get from community to community, you’re going to have to fly by plane. The lack of roads in Nunavut is partially at fault for the higher insurance premiums that the residents of Nunavut must pay. People living in Nunavut generally can’t buy fancy sports cars. Weather conditions simply make these types of vehicles impossible to drive. If you live in Nunavut, you’re going to want to get a vehicle that sits high up off the ground and that has quality snow tires so that you don’t slip and slide.

Does Age Have an Impact on the Average Insurance Premiums in Nunavut?

One thing that most people know, is that young people pay more for insurance. When most people think of Nunavut, they don’t think of a young population. However, if you think that Nunavut is an older population you would be very wrong. Nunavut has a very young population. As of 2012, Nunavut had a median population of just 24.7 years old. To put this into perspective for you, the average median age for a Canadian is 40 years old. As you can likely tell by the statistic alone, this younger population certainly does have an impact on the average insurance premiums of the province. If Nunavut had a much older population, it is likely that they would rank differently for their average insurance premiums. However, this is not the case.

Getting your automobile license and insurance in Nunavut might not be easy. If you live a long way from a service center, you might need to fly to be able to get there. This means that you’re likely going to have to rent someone else’s vehicle. This can make it even more difficult to take your driver’s test. This is likely why Nunavut has a bit of a relaxed driver’s license system in place. Nunavut has some of the harshest weather conditions in all of Canada. So, if you are a driver there, make sure you drive according to the weather conditions.