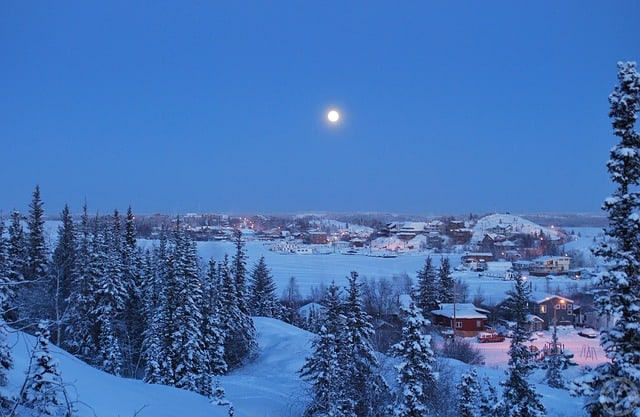 How do I get a full license in the Northwest Territories?

The Northwest Territories use something called a graduated licensing program. To get your full license, you must pass through a variety of different stages. To obtain your first license, your learners class license, you must be at least 15 years old. The first license test involves a written test that you must pass regarding the rules and regulations of the road. Once you pass this test and get your learner’s license, you must have this stage for at least 12 months before you can move to the probationary class license. To move to this class, you must be 16 years of age and pass a road exam. Unlike the learners class, you can drive without an adult in the passenger seat who has their full license. Once you have been in the 12-month probationary stage, you can apply for your full class 5 license.

Why Is There a Minimum Liability Required in the Northwest Territories?

In the Northwest Territories, you are required to have at least $200,000 in third-party liability. You must also have at least $2000 in funeral expense benefits, $25,000 in medical payment coverage and you must also have death benefits, and disability income benefits. The reason why there is a minimum liability is so that most accident costs won’t have to come out of the pocket of the person who is at fault for the accident. Unfortunately, if it turns out that you don’t have enough liability, it will still come out of your pocket anyways. If you do not have enough money to afford to pay for everything, your property may be seized. In some cases, a court may even decide to garnish your wages, which means that you will have a reduced wage until the debt is paid in full.

How do I Get my Vehicle Registered and Receive a License Plate in the Northwest Territories?

To get your vehicle registered, gather up a photo ID so that the registrar’s office will know you are, who you say you are. You will need a driver’s license, birth certificate, or another form of government-issued ID. Your next step is to make sure that you have a bill of sale from the last registered owner of the vehicle. Without the bill of sale, you won’t be able to register the vehicle in your name. There is no proof that you didn’t just steal the vehicle without a bill of sale. If the vehicle is new, you’re going to need something called a new vehicle information statement card. Finally, you are also going to need to prove that you are currently covered under insurance. Once all these steps are completed, you can proceed to your local issuing office to receive your registration and license plate.

How Safe are Northwest Territories Roads?

To help determine how safe the roads are, we decided to look at the number of injuries that were caused by collisions over a period of time. From the years 1999 to 2008, the number of personal injury collisions was gathered for each year. Starting out in 1999, there were a total of 153 collisions that year. In 2009, there were just 103 collisions per year. Although the data does vary up and down a bit over time, there is a clear downward trend. Over the period from 1999 to 2008 there was an average of 127 collisions, much less than the initial amount of accidents that occurred in 1999. Due to this reason, it is safe to assume that Northwest territory roads are generally becoming safer to drive on.

Do You Have the Right to Sue in the Northwest Territories?

What Does the Office of the Superintendent of Insurance Do in the Northwest Territories?

the Northwest Territories has a low population, which should mean that insurance rates are lower. However, this does not take into consideration the weather in the area. The Northwest Territories is much farther north, which means that there is more severe winter weather. Winter is something that insurance companies do not like. It is much easier to lose control of your vehicle in the winter, which means that there are generally more insurance claims. Things like winter tires can help to reduce your insurance rates, however, don’t expect to be paying among the lowest prices for insurance in Canada if you live here.