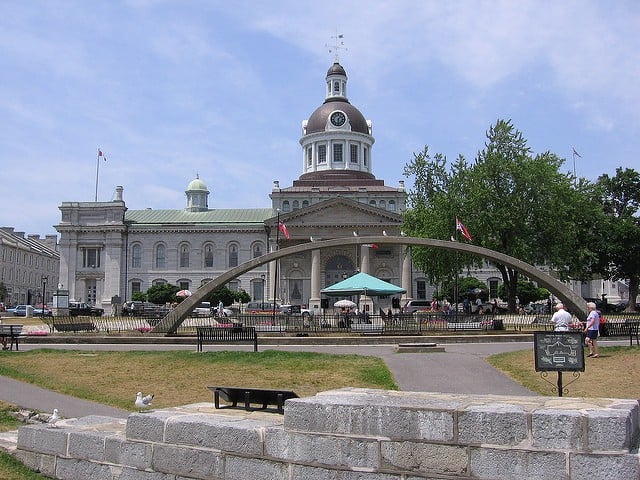 Kingston is located in Eastern Ontario and connects Toronto and Montreal. This city is also famous as the ‘Limestone City’ due to many limestone heritage buildings. The 2011 census estimate of the population was 123,363. The major sectors are healthcare, the public sector, and education. Highway 401 gives main access to the city and highway 15 connects the city with Ottawa. Kingston Transit provides public transportation across the city.

Who Has the Cheapest Car Insurance Quotes in Kingston

Most Expensive Auto Insurer in Kingston

Most Expensive Areas For Car Insurance in Kingston

The above table shows a comparison of car insurance rates in major neighborhoods in Kingston. The Waterloo Village area had the highest rate of car insurance at an annual cost of $1035. This area lies on the west side of Kingston. The next highest quote was for the Sydenham area at a difference of $95. This area is located in the downtown area of Kingston with many business establishments and residential units. Queen’s University is nearby and also has the largest employer Empire Life Financial headquarters based here. All this has been attributed to increased population and traffic in this area.

As per the comparison of car insurance rates, around 13 areas in Kingston had the same price at an annual cost of $918. The Sunnyside, Williamsville, Calvin Park, Bayridge East, Portsmouth Village, Kingscourt, Queen’s, Hillendale, and Alwington areas belong to either the downtown side or inner suburbs of Kingston. Further, the areas of Auden Park, Cataraqui Westbrook, Polson Park, and Grenville Park are situated on the west side of Kingston.

The Utility department and the city of Kingston make combined efforts to improve the transportation network of sidewalks, roads, street furniture, bikeway, and bridges.

The city of Kingston with the help of the Utility sector has aimed at implementing a strategic plan from 2015 to 2018 to make the sidewalks, roads, and transportation network safe for motorists, pedestrians, and cyclists. The city takes care of the building and maintains 100s of km of roadways and traffic infrastructure.

The city encourages active transportation as an alternative to driving while commuting. This initiative is to support economic causes, health and cut down carbon emissions. The city has conducted a survey that showed that around 40% of residents live near their workplaces within a range of 5 km. However, only about 14% prefer to walk or bike to work. Hence the city had started the ‘Walk ‘n’ Roll Kingston’ campaign aimed at increasing the number of residents who use active transportation to get to work. The target number is around 20% by the year 2034 during peak travel times. This is expected to reduce the number of motorists on the road and cut down traffic congestion and collisions.

As a preparation for this campaign, around 131 km of infrastructure for supporting cycling was added to the roads from 2008 to 2015. There was 74 km of sidewalks created along with 50 street benches aimed at improving accessibility in the city.

When the final budget for infrastructure development is approved, the city of Kingston has planned to install traffic signals at the below sites from 2015 to 2018.

The city has plans to install red-light cameras in the following 10 intersections:

The traffic calming policy of Kingston aims at improving traffic control. This will enhance road safety and reduce conflicts between road users. The policy is also formed to cut down traffic speed. Slowing down will reduce the severity and number of motor vehicle collisions by with traffic volumes.

For the survey, we assumed that the auto insurance premiums are for a 35-year-old man. He owns his car Honda Civic model 2012. The credit rating is good and he has basic liability coverage. The annual mileage ranges from 5,000 to 8,000 with no traffic tickets in the last 5 years.