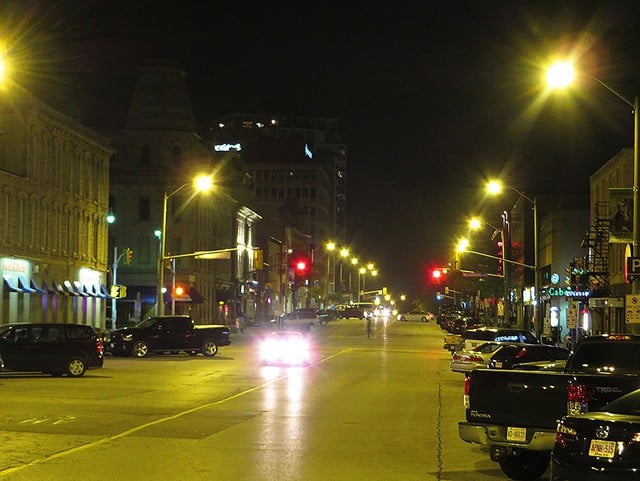 The city of Guelph is located in southwest Ontario at the intersection of Highway 7 and 8. This city is also famous as ‘Royal City’ and is within 28 km from Waterloo and around 100 km from Toronto. The 2011 census estimated the population at 121,688 and the growth rate is very high at 2% each year. In general, the city is considered to be a very safe place with very low crime rates compared to other parts of the province. The major industries in the region are education and manufacturing based. Guelph Transit provides public transportation network across the city. The city is also connected to Toronto and London via highway 401.

We did a survey with a sample profile to compare car insurance rates from major insurers in Guelph. We also performed a comparison of car insurance prices for various neighborhoods in Guelph.

Who Has the Cheapest Car Insurance Quotes in Guelph

Most Expensive Auto Insurer in Guelph

As per the comparison survey, for car insurance rates the Echelon Insurance quote was the highest. They quoted an annual cost of $3155. The difference in premiums between the lowest quote and their quote was $1630. That was a variation of almost 52% in price. Echelon provides insurance to high-risk category auto consumers. CAA had the next highest quote for car insurance at an annual cost of $2505.This was $650 cheaper than the quote by Echelon.

It is evident from the above comparison table that Travelers (Dominion Product) had the lowest cost for car insurance at an annual rate of $1525. Johnson Insurance had the next lowest quote at an annual cost higher than Travelers by $24.

Most Expensive Areas For Car Insurance in Guelph

The above table shows that the Onward Willow area in Guelph has the highest price for car insurance. The annual cost is around $1202. This area is located in the west end and downtown Guelph. It has the highest rates of crime when compared to other areas. Woodlawn Drive is on the north border and the south side has Wellington Street. There are quite a few low-income housing options in this area. There are also communities that live near the north end mostly due to proximity to shopping and amenities.

The main access to Guelph city is possible through many major provincial routes. These routes include highways 401,7, 6, 124, and 24. The Operations department takes care of all sidewalks and roadways in Guelph. They monitor and maintain all traffic signs, traffic signals, roads and also perform winter preparations for the safety of sidewalks. About 75% of the streets are named to honor veterans who died while participating in the Canadian peacekeeping forces.

There are many construction projects that are underway for the improvement of the road structure to improve traffic control and road safety. The following shows a list of current projects:

The traffic calming policy by the Public Works department of the city council addresses issues related to traffic control. These issues are based on speeding and using driving shortcuts in residential areas that cause safety concerns to pedestrians, the disabled, and cyclists. Traffic calming options such as narrowing roads are mostly applied to 2 lane collector streets and local streets in prominent residential localities. The policy does not apply to 4 lane roadways and arterial roads as these serve as major routes for traffic movement.

The city also maintains and repairs many pedestrian signals at major crossings across the city that is accessible to pedestrians for better safety. There are more than 20 traffic signals operating to support pedestrians for safe crossing.

The Guelph Police collected the above data to compare data for motor vehicle collisions with the previous year 2014. This information was part of the Annual Report prepared for 2015. The table above shows that there was just 1 fatal incident in 2015 but that broke the record of the previous year when there was none. But the number of collisions due to overspeeding had increased by 32 between the years 2014 to 2015. The same trend was seen for collisions due to careless driving where the number increased in 2015 by 56.

The other categories showed a decrease in collision numbers in 2015 when compared to 2014. The category for distracted driving improved the most and the collisions reduced by 162 in 2015. Following closely, the numbers for seat belt violations also came down by 44 in 2015. The next in line is the property damage collision data that reduced by 676 in 2015.

For the survey, we assumed that the auto insurance premiums are for a 35-year-old man. He owns his car Honda Civic model 2012. The credit rating is good and he has basic liability coverage. The annual mileage ranges from 5,000 to 8,000 with no traffic tickets in the last 5 years.