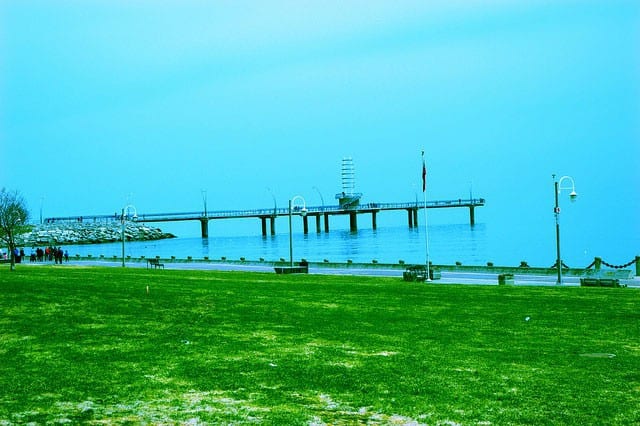 Burlington is a city in the municipality of Halton in northern Ontario. The major highways that run through the city include Highway 403, QEW, and Highway 407.  It lies near the Golden Horseshoe, an industrialized region with over 8 million residents. The population of Burlington as per the 2011 census was estimated at 175,779. Most of the urban land area is on the south side of Highway 407 and Parkway Belt. Burlington serves as a major route connecting Hamilton and Toronto. Most part of the land area in the north is used for farming, conservation, and residential purposes. The city is divided into 6 wards and serviced by Burlington Public Transit.

Who Has the Cheapest Car Insurance Quotes in Burlington

Most Expensive Auto Insurer in Burlington

We performed a study to compare the cost of insurance by major providers in Burlington. Echelon Insurance had the highest car insurance quote as per the above data. Their annual average cost of car insurance was $3883. Echelon is an insurance company that allows coverage for high-risk auto consumers who could not get insurance in the regular market. That may be a reason for the high quote. The difference in premiums between their quote and the lowest quote was by $2283. The variation in the premiums was huge by a margin of 59%. Coachman Insurance had the next highest quote for car insurance at an annual average premium of $2534. The difference in their quote with Echelon was $1349.

The lowest car insurance rate was quoted by Travelers (Dominion Product) at an average annual premium of $1600. The next lowest quote by Desjardins Insurance was only $47 higher. Travelers (Chieftain Product) also offered car insurance quotes around the same range at a difference of just $21 from Desjardins.

Most Expensive Areas For Car Insurance in Burlington

We calculated the car insurance rates for some major neighborhoods in Burlington. Interestingly, at least 8 neighborhoods had the same average annual car insurance quote at $1087. This was on the higher side of the prices. The areas included Orchard, Nelson, Millcroft, Headon Forest, Brant Hills, Appleby, Alton Village, and Aldershot.

Around 6 neighborhoods in Burlington had the same figure calculated for insurance at an annual rate of $1042. These areas were Dynes, Elizabeth Gardens, Kilbride, Longmoor, Maple, and Mountainside.

The Freeman area in Burlington had the lowest car insurance rate. We calculated the average annual premium for this area at $977. This quote is about $110 cheaper than the highest quote. This is a rural village with very little traffic. This area has the famous Burlington Junction Station that is designated a historical site in the city.

The city of Burlington has a Transportation Master Plan aimed at improving the road infrastructure over a period of 20 years. The city has initiated plans to encourage options for travel to reduce congestion and traffic on the roads. By the year 2031, the city aims at a better transportation network that will be safe and convenient for all road users.

Burlington is part of the Municipality of Halton and there are many initiatives by Halton Police to enforce traffic rules for better road safety. Some of their projects were as follows:

Provincial Seat Belt Campaigns: These campaigns promoted the use of seat belts by creating more awareness for the public. The program is held twice annually and has helped to educate the role of using seat belts for road safety.

Project Safe Start: This is also a yearly initiative to enforce students and drivers of school vehicles usually during the beginning of a school year. The 5 focus areas of this campaign are stop signs, speeding, school bus, seat belts, and enforcement of school zone rules.

Radar Message Board / Speed Shield: The message board creates awareness about following safe speed limits and has yearly campaigns.

Project Five-0: This campaign is aimed at reducing the speeding of drivers in residential areas with speed limits of 50 km/hour.

Project Erase: An initiative to discourage racing at unsafe speeds on the streets.

There are many measures for calming traffic in Burlington for road safety. About 200 intersections in Burlington have traffic signals for better traffic control movement. The city has taken the following traffic calming initiatives to reduce speeding and volume.

The above chart was prepared as part of the Annual Safety Report submitted by the Regional Police of Halton. This is relevant to the collision statistics of Burlington as it belongs to Halton Municipality. The data shows that there has been a decline in the number of fatal collisions from 2014-to 2015 by almost 50%. At the same time, the number of collisions for impaired driving has increased by 43 during the same period. The numbers for collisions causing bodily injury have remained stable over that time but have increased by 74 when we compare figures for 2013. Property damage collisions have shown a downward trend with a reduction of 210 incidents between 2014-2015. This was a welcoming change after the numbers increased drastically by 425 during 2013-2014.