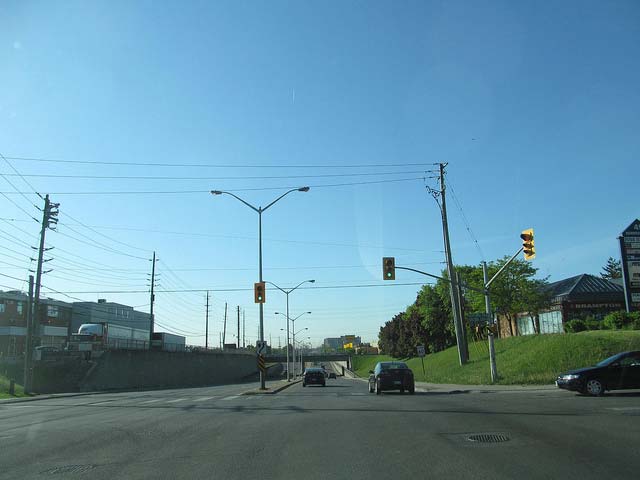 Brampton is a vibrant city in southern Ontario and part of the Greater Toronto Area. The population is very diverse and has grown to an estimated 523,911 as per the 2011 census. Brampton offers a good quality lifestyle and has welcomed immigrants from many cultures. Once a major producer and exporter of roses, this city is also known as the Flower City of Canada. Major retail, manufacturing, wholesale businesses thrive here. City comforts and traditional way of life blend well here for a comfortable living.

With the growing number of commuters using the roads, Brampton is getting busy by the day. The crime rates are going higher in this city and so are the insurance quotes for cars. It is important to know your options before signing for the policy. We did a comparison survey of some of the car insurance providers and neighborhoods here to know how much would be the rates.

Who Has the Cheapest Car Insurance Quotes in Brampton

Most Expensive Auto Insurer in Brampton

The quotes as per the above chart indicate that the highest annual insurance rate was by Pafco at $4,882. This is one of the few insurance companies that offer cover to high-risk categories. Be it lack of driving history, convictions, at-fault accidents, or gap in insurance, in most cases, they would offer insurance.  As part of the residual market, the quotes hence come up high.

The next highest car insurance quote was by Economical at an annual rate of $4,880, a difference of just a couple of dollars. With a long reputation, this company also has partnered with Perth Insurance to offer insurance for high-risk clients.

As per the above chart, the lowest car insurance quote was by Desjardins Insurance at an annual rate of $2,919. After buying out State Farm insurance, their customer base has increased manifold. Well, there could be mixed opinions about the customer service and claims handling. The difference in the highest quoted premiums and Desjardins is $1,963 and that is not a small amount.

The next lowest quote was by Pem Bridge Insurance at a yearly insurance rate of $3,197. The difference between this quote and Desjardins is $278. So while shopping for car insurance, you may carefully consider all options and check coverage levels.

Most Expensive Areas in Brampton

We did a comparison of some major neighborhoods around Brampton for car insurance rates. The most expensive area for car insurance seemed Vales of Castlemore at an annual rate of $2401.This area is located on the west side of GTA and has a large number of migrated communities. The streets are busier with more car users and there are a lot of trades and manufacturing workers living here. The increasing road traffic has led to higher insurance rates. This area also does have high-income category inhabitants and many schools. The main streets here include Countryside Drive, Airport Road, Goreway Drive, and Castlemore Road.

The next expensive quote for car insurance was for Avondale at an annual rate of $2084. The range between the highest and their quote was high at $317.

The area in Brampton with the lowest quote for car insurance was Claireville at an annual rate of $1449. There are 3 big schools in this area with lots of green space and the Clairville Conservation Area is very prominent. The west side has Goreway Drive, the east side has Highway 50, the north is bounded by Steeles Avenue, and Castlemore Road is on the north side.

The next best quote was for the Churchville area at an annual rate of $1626 with a difference of 177. An old heritage city with small-town amenities, the population is sparse at around 370. This area is on a flood plain and hence no major urban developments have taken place here.

The city of Brampton has implemented many programs to improve road safety including minor road changes to major projects. Problems with speeding, busy traffic, and road safety are being addressed by traffic calming plans. Some of these include speed display boards, community safety zoning, all-way stops, markings on pavements, and roundabouts.

The maximum allowed speed limit is 50 km/hour on all roadways. The speed limits for school zones are at 40 km/hour with a further reduction of 10 km/hour in the next year for adjacent roads. It is also highly recommended to check for road closures on the city website to plan the route ahead and avoid delays. Any construction work or major events causing lane closures can be checked here and is updated daily Monday to Friday.

Use Of Traffic Signals To Reduce Collisions

The traffic signals are coordinated at intersections of Peel region, city, MTO, and 407 ETR by using a computerized traffic system. This reduces delays and stops to move vehicles in a safe and efficient manner. Pollution, fuel consumption, accidents, and traffic congestion are targeted for reduction. The following are the major types of traffic signals in use.

The numbers for the auto theft crime in the Peel region are high with more than 2,000 vehicles stolen each year. The auto theft rates in Brampton are high around areas of big parking lots near malls, GO transit stations, public places, and auto dealerships. Residential areas are also not completely safe with car thefts in private garages and driveways. This crime could be under control when we are mindful and follow simple rules.

The Peel region police have set up a commercial auto crime bureau that cracks down on auto crimes.  These include resale, export, dismantling, rebuilding, cloning, or reclaiming stolen vehicles.

Road safety services have been developed for better enforcement of laws and safety procedures to reduce collisions. Based on the frequency and seriousness of collisions, problem areas are identified by analysts. These areas are reviewed for improving road structure for better safety. One of the active projects is E.R.A.S.E. to cut down on dangerous racing activities on the streets.

For the survey, we supposed that the car insurance rates are for a 35-year-old man with his own car. Good credit rating and coverage of basic liability for Honda Civic model 2012. The annual mileage ranges from 5,000 to 7,000 and no traffic tickets for 5 years.