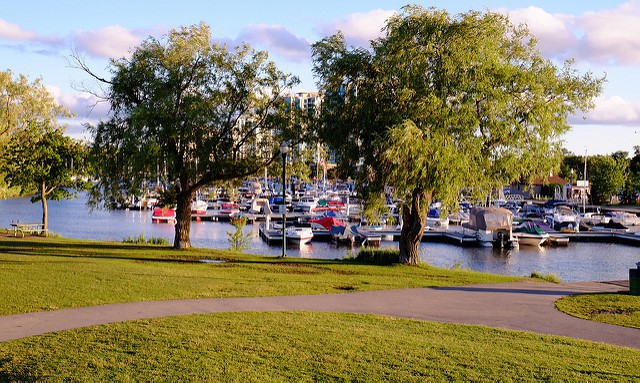 The city of Barrie is in Simcoe County in Central Ontario province. This city is part of the Huronia region and lies on the north side of the Greater Golden Horseshoe. As per the 2011 census, the population was estimated at 136,063. Highway 400 divides Barrie into north and south sides and connects to Toronto. Barrie Transit and GO provide public transportation and there are no major airports. The major city arterial roads include Ferndale Drive, Mapleview Drive, Essa Road, Bayfield Street, and Huronia Road.

Who Has the Cheapest Car Insurance Quotes in Barrie

Most Expensive Auto Insurer in Barrie

The Co-operators Insurance company had the lowest car insurance quote at an annual cost of $1667. Following closely at $3 more, the next quote was by Johnson Insurance. The claims benefit experienced by users of both insurance companies are mostly similar as per auto consumers. The next lowest car insurance quote was by Travelers Group and the annual rate for Dominion product was $1707 and the Chieftain product was $1764.

We performed a survey to check the car insurance pricing range in some neighborhoods in Barrie using a sample profile. The survey showed an interesting pattern. The car insurance rates were mostly similar with just the exception of the Bear Creek Meadows area with an annual cost of $1287. Areas near the Downtown side may have more road traffic compared to other farther areas. The remaining neighborhoods had the same annual rate for car insurance calculated at $1203.

Ontario Police has been cracking down to reduce the number of collisions on the roads due to speeding, distracted driving, impaired driving, and violation of seatbelts. Their latest program, Operation Impact saw many drivers who were penalized for not observing the rules of the road and driving in an unsafe manner. Barrie police have been actively involved in their efforts to pull out drivers who violate speed limits, alcohol limits and many are also convicted of criminal charges. The National Road Safety Campaign violation results for Barrie are summarized in the table below.

The city of Barrie has a strategic plan to improve road infrastructure for a well-planned transportation network by 2018. The plan started in 2014 and a major accomplishment in Barrie has been the repairs that were to replace the steel beam dividers with cement ones along Highway 400, all the way from Canal Road to Innisfil Beach Road. The Ministry of Transportation had also commenced repair work at Tiffin Street overpass and Barrie & Collingwood railway overpass early in 2016 that will be completed by 2018. The city of Barrie is responsible for maintenance and repairs of 25 parking lots, 1370 km roadways, 72 crosswalks, 570 km sidewalks, 708 bus stops, and intersections.  The road safety strategic plan aims at improving the transportation network with more options to travel and enhance road safety.

The transportation staff monitors traffic control to reduce travel delays and roadblocks. They use 3 categories of technology to aid with improving traffic along collector lanes and major arterial roads by monitoring signals using the following:

GPS devices: These devices help to monitor real-time traffic situations and data. The frequency of signals changes based on the timing as per the survey.

Diagnostic devices: These checks are done daily to know any blockage in signal trends.

The city of Barrie maintains 1669 km roadways and 602 km sidewalks during winter. The road salts chemicals for anti-icing and de-icing purposes are used to make roads safe. They work to improve road safety, roadway capacity, public safety, economic expenses, and travel time. The following are the road precautions taken by the city during winter activities:

Some of the intersections in Barrie have more statistics for collisions causing injuries and fatalities to all road users including pedestrians. The city and transportation department are looking into tackling road structure and traffic control issues in these areas.

We assumed that the auto insurance premiums are for a 35-year-old man with his own car Honda Civic model 2012. The credit rating is good and he has basic liability coverage. The annual mileage ranges from 5,000 to 8,000 and no traffic tickets for the last 5 years.