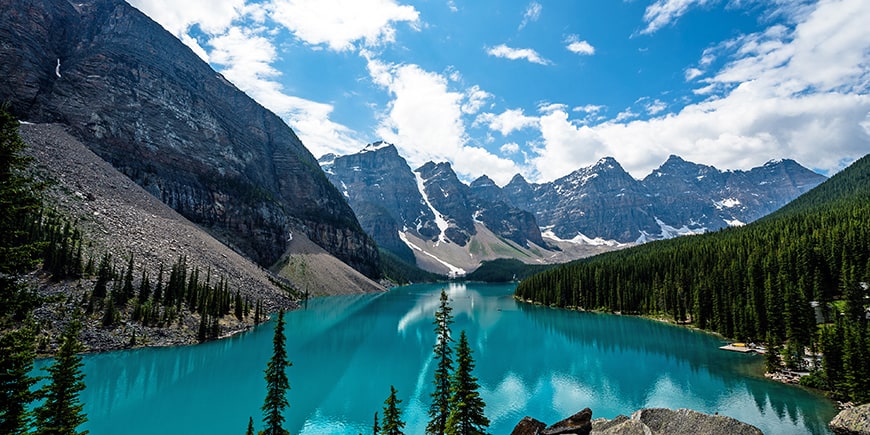 Are Alberta Auto Insurance Rates Good Compared to Other Provinces?

The answer to this question is really up for debate. Alberta certainly does not have the highest auto insurance rates in the country. That title belongs to Ontario. In fact, Alberta does not have the second-highest rates in the country either. The second-place prize goes to British Columbia. Alberta is the province that has the third-highest average auto insurance rate in Canada. Although this number might be a lot higher than some of the other provinces, you have to consider the population. Alberta has a much higher population than a lot of Canada. A higher population makes it more dangerous to drive. The more people there are, the higher the chance there will be an accident. The more accidents, the more claims on insurance.

Is There a Way to Get Cheaper Driving Insurance in Alberta?

Although there is not a specific way to get cheap auto insurance in Alberta, there are many ways you can get cheaper auto insurance in general. If you look at a number of different insurance companies before deciding to take on a policy, you will be able to compare quotes and get a cheaper plan. Other things you can do involve making sure that you treat your insurance company correctly. Paying your fees on time, maintaining a clean driving record, and making sure your license and registration are up to date are all extremely important factors.

Is There a Minimum Amount of Auto Insurance Coverage in Alberta?

An insurance company puts minimum coverage amounts in place to make sure that people will be able to pay for their losses after an accident. In Alberta, you are required by law to have at least $200,000 in liability coverage. If you don’t prove that you have this amount of auto insurance coverage on your policy, you will not be able to drive. This is due to the fact that drivers who do not have this coverage are not allowed to register their vehicles.

Is Alberta Under a No-fault Insurance System?

Yes, Alberta is under a no-fault insurance system. Although there may be someone who is at fault in a car accident, it isn’t always easy to decide who should pay for the damages. If you get into an accident at all in Alberta, your insurer will pay for your vehicle’s damages even if you are at fault for an accident.

How is the Insurance Rates Calculated in Alberta?

Insurance is definitely something that is not randomly calculated. There is a lot of effort that goes into making sure that auto insurance rates are fair for Alberta. The usual factors to calculate auto insurance include things like you’re driving record, age, and gender. There are also some smaller factors such as how long you have been driving, what vehicle you drive, where you drive and the coverage that you have on your vehicle. In order to calculate the number, these factors are all weighted by insurance companies in order to determine a fair rate for their clients.

Are There Consequences for not Having Insurance and Driving in Alberta?

Much like the rest of Canada, Alberta does have penalties for driving without insurance. In Alberta, if you’re convicted of driving without insurance, you will likely have to pay a fine. The fines will generally range between a few thousand dollars to as much as 10 grand. If you happen to be caught doing this more than one time, you can receive a fine that is as large as 20 grand. Not to mention the fact that if you happen to do this more than once, you can also have your license suspended. In fact, some people actually get sent to jail for as long as 60 days.

At What Age Can You drive in Alberta?

Alberta actually allows some of the youngest drivers in Canada to be able to drive. If you are 14 years of age, you can get a learner’s license. To get your learner’s license, you must pass a vision test and a test on the rules of the road. Once you have held this learner’s license for at least one year and are at least 16 years of age, you can proceed to become a probationary driver. Once you have had your probationary license for at least two years, you can proceed to try for your full license. To be able to become a fully licensed driver, you have to do an advanced road test.